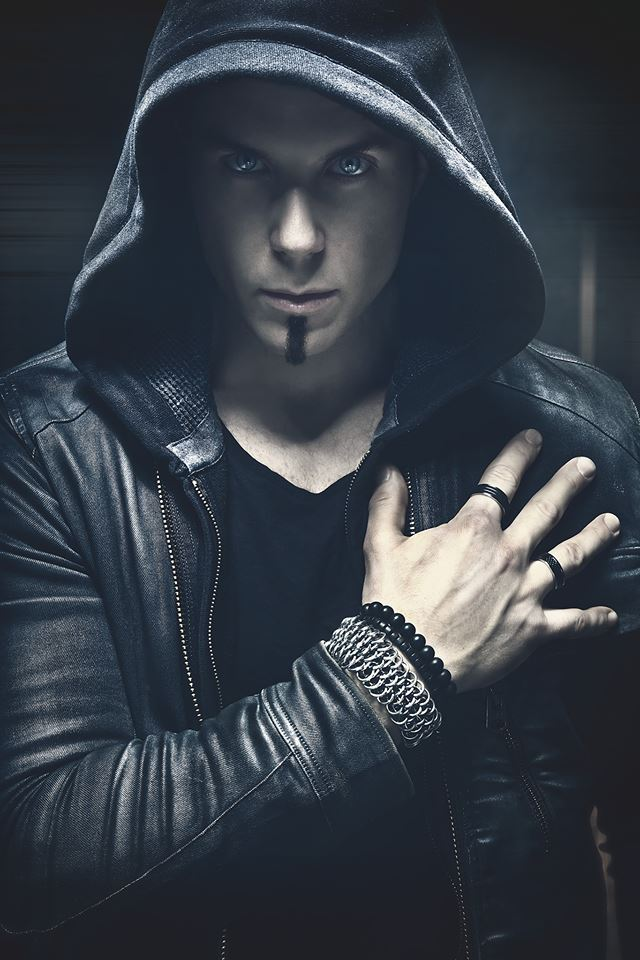 For many Kamelot fans, the band’s future might have been in question when longtime vocalist Roy Kahn exited the band in 2011. I remember posts and comments, and yes, there was concern. However, that concern quickly was laid to rest when the Sweden-born Tommy Karevik took over vocal duties on 2012’s “Silverthorn.” While similar in style to Kahn, Karevik has helped bring the band to a new level, following his debut with perhaps Kamelot’s most successful album in 2015’s “Haven.” Powered by the single “Liar, Liar” (featuring Alissa White-Gluz of Arch Enemy) and continuing the momentum with “Under Grey Skies,” the Tampa, Florida-based band, which already is well known overseas, has started to gain more popularity in its native country.

2018 will be the year of Kamelot. With its new album, “The Shadow Theory,” set for release on April 6 and a North American tour to follow (with Battlebeast and Delain in support), Kamelot will bring its brand of melodic, symphonic metal to the masses. “The Shadow Theory” was produced by Sascha Paeth, and features guest appearances by Lauren Hart of Once Human and Jennifer Haben of Beyond the Black. Kamelot is well known for its female guest vocalists, but let’s give credit where credit is due. With Karevik heading the band—guitarist Thomas Youngblood, keyboardist Oliver Palotai, bassist Sean Tibbetts and drummer Johan Nunez (recently replacing longtime skinsman Casey Grillo)—Kamelot clearly is on an upward trajectory. And after an advance listen and review of the new album (read here), this only will continue.

Recently, Live Metal’s Jeff Maki talked with Tommy Karevik about “The Shadow Theory” and its concept and content. Karevik also reflected on his time with Kamelot thus far and hinted at some surprises on the upcoming tour.

LIVE METAL: Hello, Tommy. This is Jeff Maki of Live-Metal.net. I’m what you would say a newer fan of Kamelot. I heard a couple of songs from “Silverthorn” but really got into you guys with “Haven.” Now as I sit here for this interview, I’m fresh off listening to the advance stream of your new album, “The Shadow Theory.”

First off, I think “The Shadow Theory” was some of what I expected but a lot of what I maybe didn’t expect, as well. For me, the album is darker and has more of a melancholy feel than “Haven,” for starters. I think it also lives more in the older school of symphonic metal, rather than having that real modern edge. Do you think this assessment is accurate ,and what was the mindset of the band going in to make the follow-up to such a successful album?

Oh, ok! That’s interesting. I think we all feel that we went even more modern on some songs on this release. In terms of production, we definitely did, thinking about songs like “Amnesiac” and “Ravenlight,” for example, though I agree with you that there are a few tracks that harkens back to the bands earlier days, as well. I think with this album, we found a good mix of everything Kamelot is about, as well as introducing some new elements and layers to keep it interesting. And yes, that was the goal for sure.

Describe the recording process of “The Shadow Theory.” Did the songs develop and turn into something else as originally planned, or was this a straightforward recording of songs that had already been written and complete? Was this a smooth or easy process or the opposite?

Well, nothing is ever done until it’s done. Things were being forged up until the very last second. Even though we had a lot of ideas and demos throughout the process, when it is time to record it for real, it usually gets picked apart, reshaped and put together into the best we felt it could be. Some ideas doesn’t make it to the end. It’s a very organic thing, and it is a bit different every time. This time it flowed very well, and it was in line with what we wanted for the album in the end.

I know I have my favorites, and fans surely will, too, but a few of mine being “Phantom Divine (The Shadow Empire),” “Mindfall Remedy” and “Vespertine (My Crimson Bride).” I know it’s probably hard to pick, but what are the standout tracks of “The Shadow Theory” for you and why?

It changes all the time for me still, but I really enjoy “Phantom Divine (The Shadow Empire).” It is typical Kamelot and the fastest song in quite some time. “Amnesiac,” I think, will be great to play live because of the singalong chorus. “Ravenlight” is very personal to me. I love the chorus for “Burns to Embrace”… It is really hard to choose though.

What is the overall theme of “The Shadow Theory?” Is it a concept album?

It is a loose concept based around the theories of Carl Jung’s “the shadow aspect,” where everyone has a shadow, and the less we embody it, the darker it gets. We use that as a platform to tell a story of a dystopic world where most of the world’s money is in the hands of only a handful of people. These people rule the world behind closed doors and make us believe what they want us to believe, making us think we are making decisions based on what we need or want.

There are three  main elements to the story. The Shadow Empire being the top layers with all the power. The Shadow Key being the growing resistance of enlightened and free-thinking people. Connecting the shadow key back to the psychological aspect of the overall theme, we also want to convey the message that only you possess the key to your own happiness and self growth. No one else can do that for you. It will require work, but you can do it. The third one is the Shadow Wall, and that is the smoke screen they put in front of our eyes to distract us in favor of their hidden agenda—social media, commercials, religion and war.

Vocally, you sound more emotional and even more melodic on this album. Do you agree, and did you make a decision that this would be your style for this album, or did it just fit within the music better overall?

It really just unfolded that way. It wasn’t anything I thought about. This is my third album with the band, and of course, that could play a part. But really I was just trying to channel the energy of the music. Melody, though, has always been very important to me. It is the first thing I catch on to in a song, and it’s the last thing that will leave my head. Actually, I never forget a melody (laughs). I am weird that way.

You guys are getting ready to take these new songs on the road for a U.S. tour, so how much of the new album can fans expect to hear? Will there be surprises or any guest vocalists out on the tour with you? I can’t help but notice you have two really talented vocalists in the bands opening for you.

Yes, exciting times! We always play four to five new songs with every new album, so also this time. Lauren Hart will be coming on tour with us, which is cool. As far as the opening bands go, I can’t disclose anything. Whoever comes out to the shows will see.

Now that you’ve been a member of Kamelot for several years, has it become easier or harder to write lyrics and songs for each album? I would think it has to be hard, because you’re trying to stay within the realm and sound of the band but also trying to evolve and try new things.

That is always a challenge, for sure. But it is something I feel we have become good at. To manage to write music that people instantly will recognize as Kamelot but to also have the courage and capacity to evolve at the same time. It doesn’t get easier with time, of course, but to be honest, there is so much music left to be written and released that it really doesn’t scare me that much. At least, not at this moment.

Since your joining the band, I think Kamelot has risen in popularity. Do you think this is a result of the band still getting better with each album, was it your addition to the band, or is it a testament to Kamelot fans? My point is that Kamelot hasn’t missed a beat since you joined and seems to be on an upward trajectory.

That’s cool to hear. Yeah, it is going really well, and we are constantly growing. The U.S. is becoming a really strong market for us, which is great. The band decided to just keep on pushing forward, and it seems to have paid off. I think it is a combination of many factors. I know for a fact we really put effort into creating new dynamics for the live shows. A positive and energetic environment where people can feel engaged and acknowledged. And yes, the fans are really special.

What has been the biggest low point, if there has been one since you joined the band?

That is a tough question. But yeah, personally, last year was a tough one for me. I was working on three albums at the same time, and it took the wind right out of me. Feeling the pressure of the success of “Haven” was present in the beginning, for sure, but that was a hurdle I overcame once I had the time to go full force on Kamelot.

What has been the biggest high point of Kamelot?

Oh, many things, of course. Right now, we are on a roll with the new album and being ready to share it with the world. But yeah, I will never forget the first show as the new lead singer back in 2012 at the Masters of Rock festival in front of 30 000 people. That was baptism by fire, so to speak. It was a success, though, and something I will never forget.

When it’s all said and done, if there is one thing you would want people to remember Kamelot for, what would it be?

I would hope that we managed to help people through their daily struggles and that those people would remember that they could always find comfort in our music.