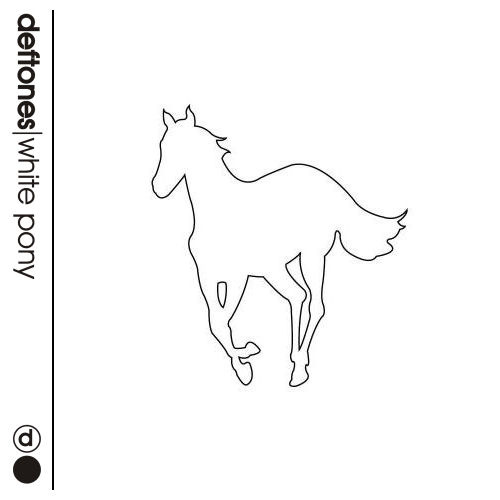 This was THE album for rock and metal fans for the summer of 2000. I had just moved into my very own apartment for the first time and “White Pony” became the soundtrack of this time in my life. From the mega-hit “Change (In the House of Flies)” to “Digital Bath” and the rap rocker anthem, “Back To School,” this one is head to head with “Around the Fur” for the band’s all-time best album. Not to mention, a surprise guest vocal appearance by Tool’s Maynard James Keenan on “Passenger.” All of these vids were aired constantly on MTVX – anyone remember that?

Check out an excellent story on the album from Revolver magazine and re-live the classic songs below:

On June 20th, 2000, Deftones truly became DEFTONES as we now know them.
Sure, the Sacramento alternative-metal band had already released two studio albums by that point: 1995’s Adrenaline and 1997’s Around the Fur. But while both albums were certainly well-received, it was their third album, White Pony — released on the aforementioned date — which really elevated them above the nu-metal movement they’d been unwillingly lumped in with, and crystallized the complex sound and identity that would be their calling card from then on. – Revolver

“White Pony” is the third studio album by American alternative metal band Deftones, released on June 20, 2000 by Maverick Records. It marked a significant growth in the band’s sound and is considered a turning point in their history in terms of experimentation, employing an increasingly experimental rock sound and incorporating influences from new wave, dream pop, trip hop, shoegaze, and post-rock into the alternative metal sound they had become known for.

“White Pony” was also the first album to feature Frank Delgado as a full-time member of the band on turntables and synthesizer; Delgado had previously worked with the band as a featured guest on “Around the Fur” (1997) and “Adrenaline” (1995), producing sound effects on some songs.

Upon its release and retrospectively, the album was met with critical acclaim, and is generally regarded by fans and critics alike as one of their most mature outings up to that point. “White Pony” is Deftones’ highest-selling album to date, and was certified platinum by the RIAA on July 17, 2002. The album includes three successful singles (“Change (In the House of Flies)”, “Back to School (Mini Maggit)” and “Digital Bath”) as well as the 2001 Grammy Award-winning track for Best Metal Performance, “Elite”.