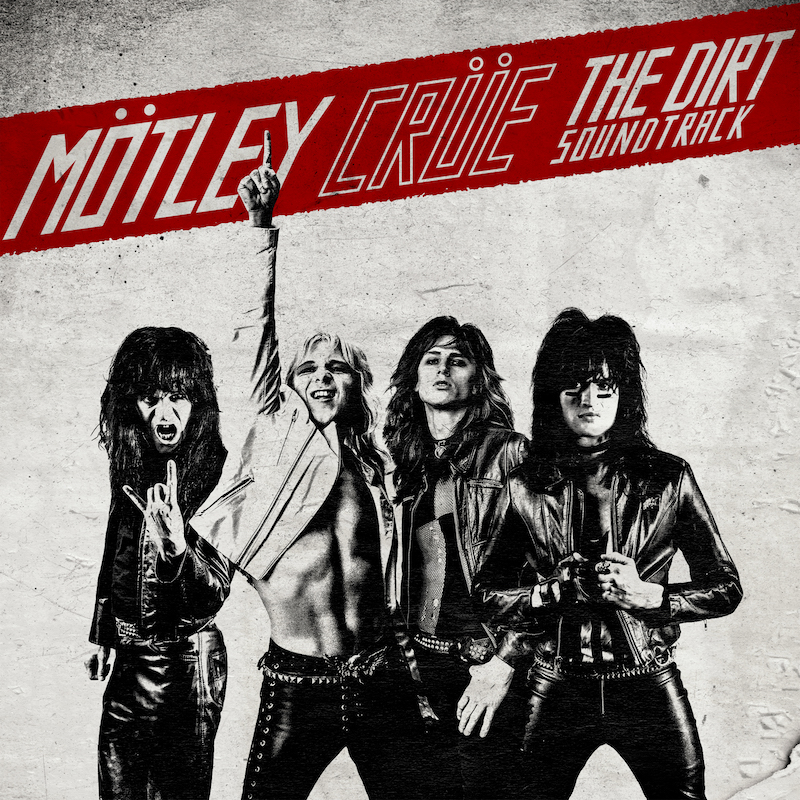 Mötley Crüe is set to release “The Dirt Soundtrack,” accompanying the Netflix film “The Dirt,” based on the band’s best-selling 2001 autobiography. The film and soundtrack will be released worldwide on March 22.

The soundtrack will feature four new songs, including the first single, “The Dirt (Est. 1981) (feat. Machine Gun Kelly).” It is available for pre-order now through Mötley Records and Eleven Seven Music. The pre-order offers an instant download of the new single HERE. Additionally, exclusive to the film and soundtrack, you can find “The Dirt”-inspired merch bundles HERE.

“During the filming of our movie we got excited and inspired to write new music,” said Mötley Crüe’s Nikki Sixx. “Getting back in the studio with Bob Rock just fueled the creative fires for us. To me, the music sounds like classic Mötley. The lyrics were written for the movie and are a reflection of our life.”,\

Exclusive to the soundtrack, Mötley Crüe recorded four new songs including the single, “The Dirt (Est. 1981) (feat. Machine Gun Kelly),” with effortless rap verses surrounding signature guitar riffs. The three remaining songs conclude the album with “Ride with the Devil,” “Crash and Burn” and the band’s spin on Madonna’s “Like a Virgin.”