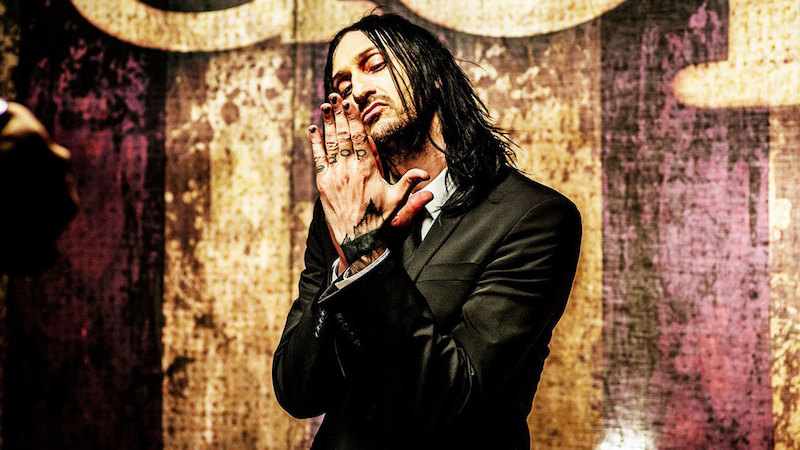 Dope will celebrate the 20th anniversary of its debut album, “Felons & Revolutionaries,” with the launching of a worldwide tour alongside Static-X. Kicking off June 18 in Tempe, Arizona, the tour winds throughout North America, Australia, the U.K. and Europe, and also will include Russia and Ukraine.

“It’s crazy to think that it has been almost 20 years since Dope’s debut album ‘Felons & Revolutionaries’ was released,” Edsel Dope said.

“I’m so grateful for the foundation that the album laid for the band and I appreciate the affinity that so many of our fans have for its raw, unpolished production.”

“‘Felons & Revolutionaries’ really put Dope on the map. It catapulted us from the streets of NYC to international awareness in such a short time. We toured constantly with bands like Slipknot, Mudvayne, Fear Factory, Powerman 5000, Statind, Sevendust, POD, Kid Rock and, of course, Static-X. We also got to see our music featured in some very prominent movies and soundtracks, such as ‘The Fast & The Furious,’ ‘Scream 3’ and ‘American Psycho.'”

“Somehow, everything has all come full circle. In the early days, Dope toured with Static-X more than any other band. We played more than 200 shows together on our debut album cycles, and we all became really good friends.

“So many tours, so many memories. It’s really surreal to be dong it again 20 years later.

“It’s very fitting that Dope is pairing up with Static-X again to celebrate the anniversaries of both of our debut albums.”

“It was really sad, man! Dope was part of the last North American tour that Wayne did in 2014. So I had the pleasure of touring with Wayne at the very beginning of his career and also at the very end. I’m very grateful for those experiences, but they obviously left me feeling very sad and angry, after hearing how he passed. Addiction is incredibly unforgiving, and it doesn’t discriminate. Even still, Wayne’s passing caught us all off guard. It was shocking, and it was sad, and it was totally unnecessary.

“We lost an incredibly talented friend, a funny and gentle person, who contributed so much to our scene. His voice was incredible, and we all mourn his passing because we love and miss the beauty that he contributed to the world. We should also view his passing as a cautionary tale, because too many good people are leaving this earth way too early. It’s sad, and it makes me angry, because it really shouldn’t have happened at all. I’m glad that Static-X has chosen to memorialize Wayne on this tour! I think it’s an incredibly sincere way form them to pay their respects and to represent his importance and presence within the band, while they celebrate the 20th anniversary of ‘Wisconsin Death Trip.'”

For fans hoping for new music from Dope, Edsel said:

“Dope has a ton of new music recorded for the next album.. The trouble is, I’m a self diagnosed crazy person. I just can’t seem to put the finishing stamp on things quite yet. I’m truly sorry! I know that it drives the fans crazy, because they want to hear what I’m working on. Believe me, It drives me crazy too. I just have to be in the right head space, in order to commit to the completion of the audio and visual elements that go along with it. I’m the artist, the producer, the video director, the graphic designer, the manager and everything else in between for Dope, so it’s a lot for me to come to a peaceful place with. Deep down, there is a method to the madness, and I’ll get there soon enough.

“Right now, I’m just excited to hit the road and party with the Dope fans around the world and to spend time with lots of old friends. After that, we can turn the page again and focus on completing and releasing some new Dope music.

“These shows are gonna be insane!! Many of them are already sold out.”