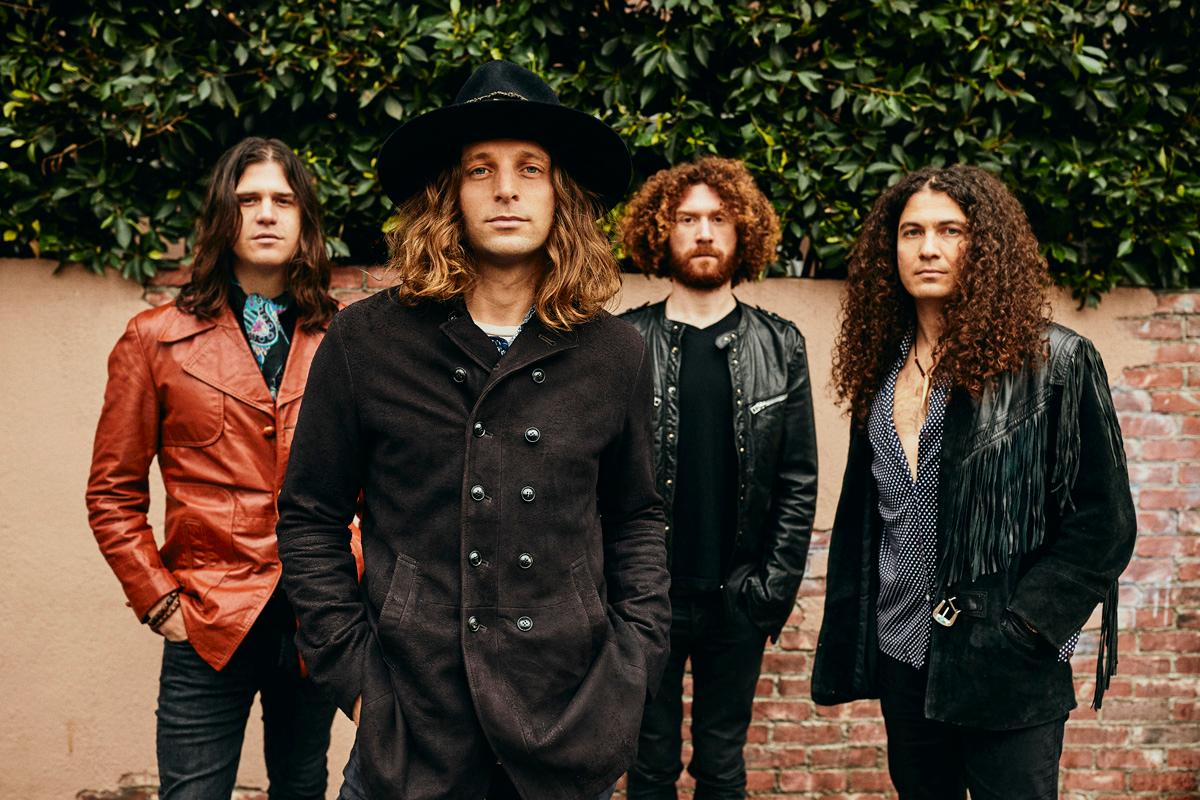 Dirty Honey, the Los Angeles band that in 2019 became the first unsigned (and only) artist to hit number one on Billboard’s Mainstream Rock Chart, will release its self-titled debut album on April 23, 2021. The band also premiered its new single, “California Dreamin’,” which a music video that can be seen below. Pre-orders for the album are available here.

Lyrically, the single puts a different spin on the idea of California as the promised land: Vocalist/lyricist Marc LaBelle drew on the tough times he faced after moving west in the early 2010s to craft a bittersweet cautionary tale that hints at personal and emotional turbulence.

“Lots of people come out to California, chasing a dream, and sometimes, people just don’t make it,” LaBelle said. “California isn’t always the ‘land of milk and honey,’ dreams don’t always come true here, and that’s the perspective this song and video take. The video is a dream through California that showcases the good, the bad and the ugly.”

Dirty Honey–LaBelle, guitarist John Notto, bassist Justin Smolian and drummer Corey Coverstone–planned to record the album with producer Nick DiDia (Rage Against the Machine, Pearl Jam), who had produced the band’s 2019 EP. But the day before the band was due to fly to Australia to track the album, Los Angeles entered lockdown due to the COVID-19 pandemic and traveling was off the table. Still keen to work with DiDia, they came up with a Plan B: Record the full-length at Henson Studios in Los Angeles studio with DiDia beamed into the proceedings via the magic of modern technology.

Having to switch gears delayed the start of recording slightly, although this extra time ended up being a boon. Dirty Honey rented a rehearsal space and demoed the album’s songs in advance, meaning the tracks were in good shape when DiDia came onboard.

“If we had gone when we were supposed to in March, we wouldn’t have had as many songs,” Smolian said. “We did a lot of rehearsing and got tighter as a band. Except for Marc’s lyrics, everything was pretty much written by the time we got into the studio, there really wasn’t a lot of, ‘Let’s try this, let’s try that.’ It was more about capturing takes.”

Coverstone said: “Because of the pandemic, we had a lot more time to write and prepare, which was great. It meant that we were able to workshop the songs a lot more, and I think it really made a difference.”

Although the pandemic has thrown some obstacles in the way, Dirty Honey knows that pushing through those tough times will only help them come out stronger on the other side. “When you finally come through on those moments, that’s where the real magic comes in,” Notto said. “What makes all of our songs fun to play and listen to is we don’t allow ourselves to stop short of getting the best possible results out of each one of them.”

If anything, all four band members are determined to better themselves going forward. “As a guitarist, I’m always inspired by the everlasting pursuit of the perfect riff,” Notto said. “I also wanted to extend the artistic statement that we’ve already made. We weren’t looking to sound different, or prove our growth, necessarily. It was more about, ‘Oh, you thought that was good? Hold my beer.'”

Dirty Honey released its self-titled debut EP in March 2019 and then became the only unsigned artist ever to hit number one on Billboard’s Mainstream Rock Chart with its debut track “When I’m Gone.” The band’s second single, “Rollin 7s,” went into the top five at Rock Radio (and was still headed up when COVID changed everything), and the music video has racked up more than 5.5-million YouTube plays. Between fall 2018 and early 2020, Dirty Honey opened for The Who, Guns N’ Roses, and Slash featuring Myles Kennedy & the Conspirators; performed at more than a dozen major summer festivals, including Welcome to Rockville, Louder Than Life, Heavy MTL, Rocklahoma, Sonic Temple and Epicenter; and played to standing-room-only crowds at every show on its first-ever headline tour in December, January and February 2020.