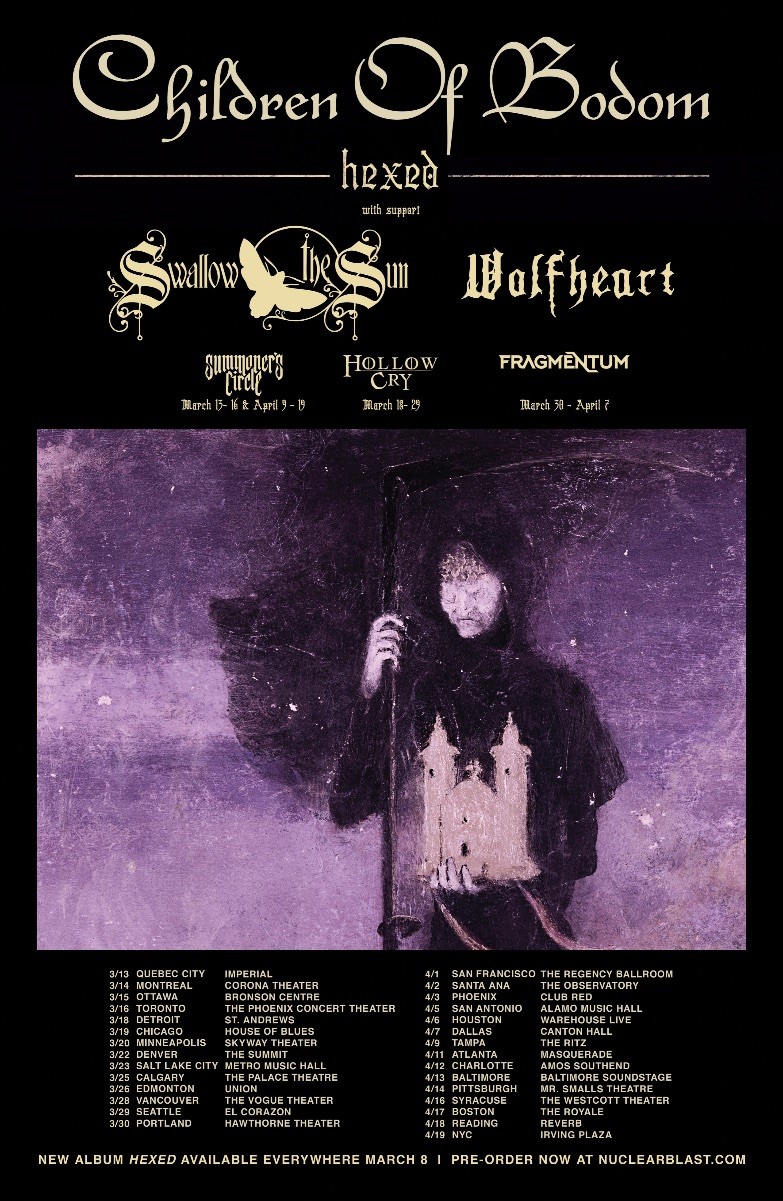 Finland’s melodic death superstars Children Of Bodom will release their tenth album, “Hexed,” on March 8, 2019 via Nuclear Blast Records. Today, the band is proud to announce their Hexed 2019 North American Tour. The trek will kick off in Quebec City on March 13 and conclude in New York City on April 19th.

COB frontman, guitarist, and mastermind Alexi Laiho comments, “Hello North America! Just wanna say and empathize the word “finally” … fuckin’ finally we’ll be back on the road – like old school style and over the pond too!! We’ll be in your town just as you’re getting your hands on the new record. Even if you do not have it, don’t worry cause we’re gonna rotate the setlist to include old tracks that will blow your mind back to hell so it’s gonna be a good fuckin’ party ladies and gentlemen. Hoping to see you there!!”

Children Of Bodom will be touring in support of their upcoming album, “Hexed,” which will be released on March 8th. For the record, the band returned to Finland’s Danger Johnny Studios where they were reunited with Mikko Karmila (I Worship Chaos, Halo Of Blood, Hatebreeder, Follow the Reaper & Hate Crew Deathroll) who recorded everything except keyboards and also produced the album with the band. Janne Wirman recorded keyboards at Beyond Abilities Studios. The album was mixed and mastered at Finnvox Studios in Helsinki, Finland.

Watch the music video for the bands first single, “Under Grass And Clover”:

Tickets go on sale to the public on Friday January 18th at 10:00 AM local time.

The Hexed 2019 North American Tour offers fans the opportunity to purchase 2 unique VIP packages. Details for the 2 tVIP packages can be seen below:

Purchase the VIP package of your choice starting on Tuesday, January 12th at 10am Eastern at http://COB.soundrink.com. 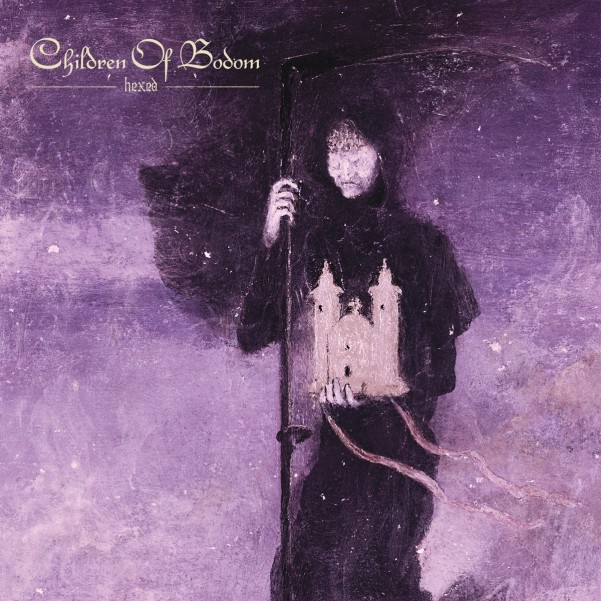 Pre-order your copy of “Hexed” here.

For this album, the band enlisted Deins Forkas to create the album artwork. Bassist Henkka Blacksmith commented on the cover, “For some years already I have wanted to try a different approach with our cover art. We are so used to digital art so that is really hard to do something else. Doing it all the way with computer is somewhat safe and convenient. This time we all agreed to try it old school. We found this cool dude and gave him simple instructions. The cover has to be purple and the reaper has to be central. Half a year later we got his work, and with little tweaking, we have the cover of Hexed. It is very different from what we are used to, even the Reaper looks different, but at the same time very spooky. “